If you like riding horses you are on the right island!

Horses are part of the local history and you can still find many horses on the Big Island – especially in and around Waimea. The scenic open landscapes here are great for horse-powered adventures, and did you know that island of Hawaii is home to the Hawaiian Cowboys? 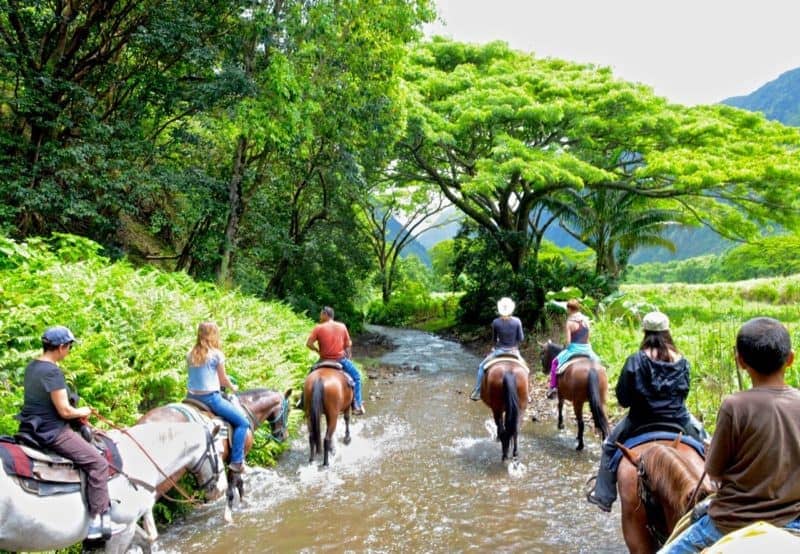 Saddle up, ride through the wide-open spaces of Waimea, the lush rainforest around Hilo, or explore the trails in and above Waipi’o valley for amazing sightseeing and back country waterfalls.

Several ranches offer the opportunity to explore their (often very large) range as part of a guided horseback riding tour.  Trails take you through the pastures with spectacular views of the coastline and peaks. It is also possible to see other spectacular parts of the Big Island, such as the spectacular Waipi’o valley close to Waimea or the lush rainforest around Hilo.

We list and shortly describe the horseback riding tour companies on the Big Island below in two sections:

You can also compare the prices of most of these operators, including possible discounts, on the hawaiiactivities website website.

Several vendors arranging horseback riding tours are located on the northernmost tip of the Big Island, 20 minutes (by car) north of Waimea:

Especially the horseback riding tours in Waipi’o valley are an unique experience. Have a look at the follow video by PBS featuring the Na’alapa stables tour for an impression:

On the east side of the Big Island, near Hilo: 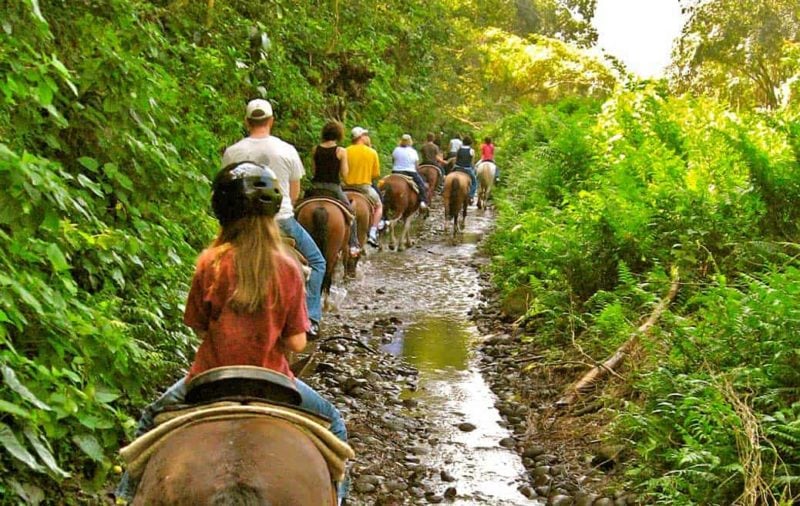 The history of Paniolos – the Cowboys of Hawaii

Hawai’i has its own brand of cowboys, or Paniolo’s, and a rich history in horseback riding. When the Spanish vaqueros (“cowboys”) arrived on the island in the early 19th century they brought the traditional euro-latin culture of riding and roping skills. The king of Hawaii hired these vaqueros to teach Hawaiians herding and ranching skills in order to control the many cows that were given to the Hawaiian royalty as a gift, but now were roaming the island almost uncontrolled.

As the Hawaiian culture and Latin vaquero cultures mingled, a unique breed of cowboy emerged: the Paniolo. Waimea on the Big Island is Paniolo central, and the place to be if you like horseback riding – local style!

We highly recommend this 18-page article on the Paniolo History to anyone that wants to dig deeper into the history of Hawaiian Cowboys.