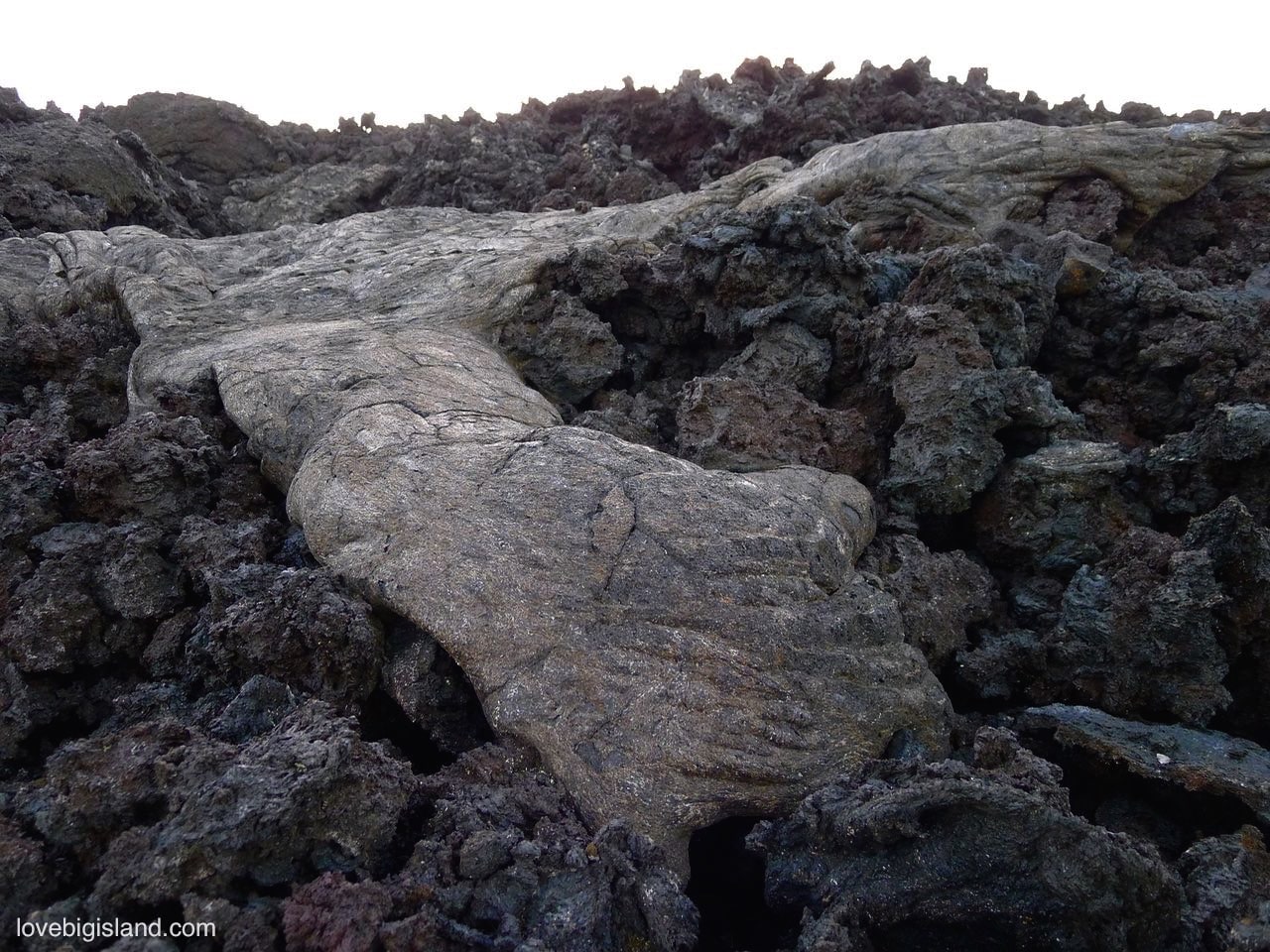 There are two different kinds of solidified lava you can encounter on the Big Island: pāhoehoe (pronounced ‘paw hoey hoey’) and ʻaʻā (pronounced ‘ah ah’). The surface of aʻā lava is sharp, rough, and  ‘clinkery’, while Pāhoehoe lava surfaces have more smooth, billowy, or ropy crust,

Pāhoehoe flows typically can change into ʻaʻā flows depending on the speed of the flow and the amount of gas present in the flowing lava, while the opposite (aʻā to pāhoehoe) is much rarer.

You can see a video of the two different flows together below (pāhoehoe on the left):

For those of you looking for more technically details: the difference between the two flows is governed by the relative shear-strain rate and viscosity of the flow (Kilburn 1981), or between applied stress and deformation rate (Kilburn 2000). These factors determine the rheology of the flow (Bingham or Newtonian). [source]

If you are visiting the Big Island and want to see the lava yourself, you should have a look at our lava viewing guide.

Differences between Pāhoehoe and ʻAʻā lava

You can decide whether a lava flow consists of pāhoehoe or ʻaʻā lava based on the following characteristics:

The meaning of Pāhoehoe and ʻAʻā

Pāhoehoe and ʻaʻā are both Hawaiian words that are used worldwide to describe these kinds of lava. ʻAʻā translates into “stony rough lava”,  but also to “burn, blaze, glow” or “fire”. Pāhoehoe means “smooth, unbroken lava”