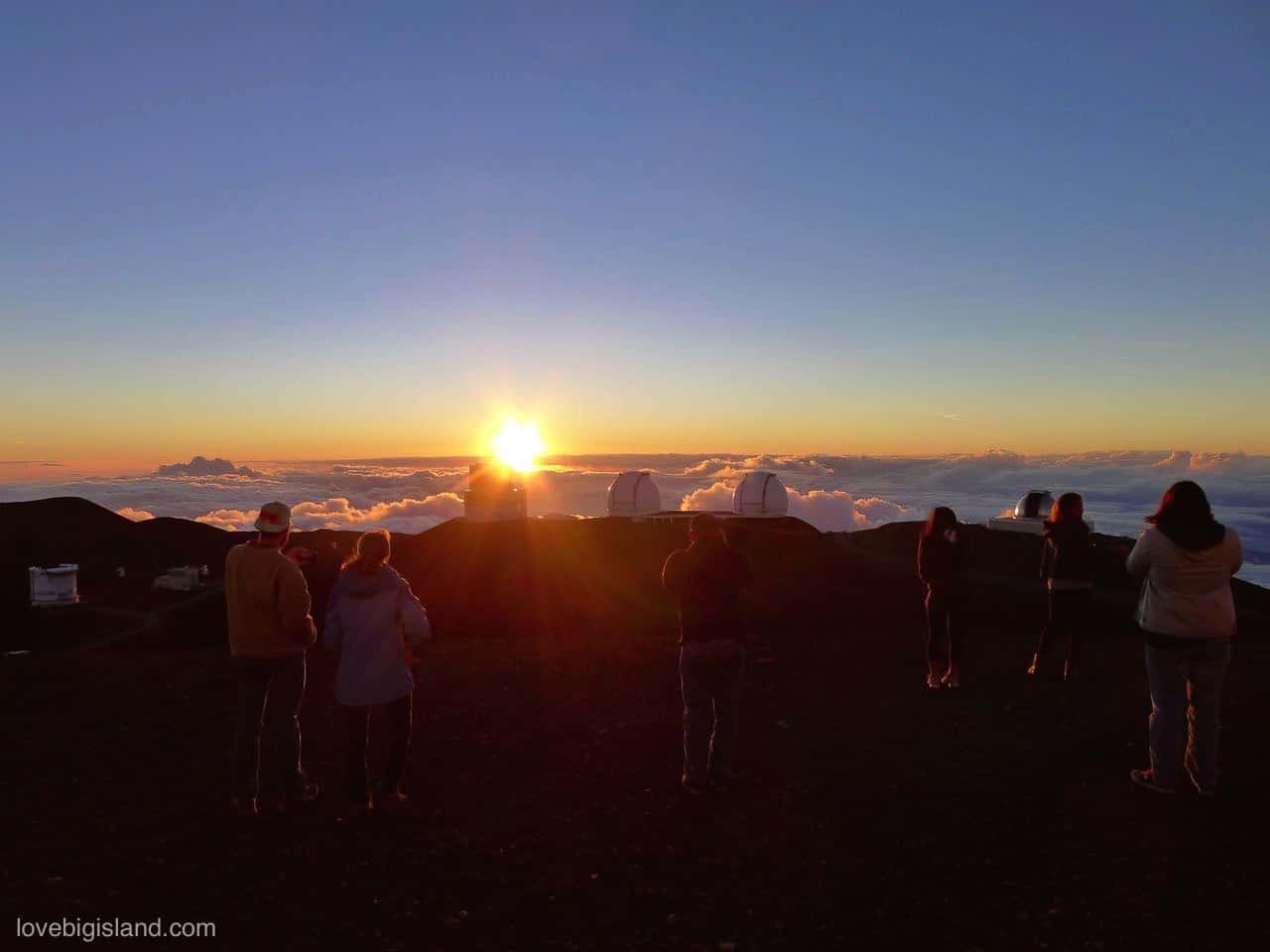 2018 is a good year for stargazing because two of the brightest meteor showers have favorable viewing conditions. We also have one total lunar eclipse scheduled on the last day of January!

These are the most important 2018 stargazing dates for Hawaii:

If you are in the mood of planning ahead you should reserve the following dates in your calendar for stargazing. The Perseids in August and the Geminids in December promise to be especially apt for stargazing:

This stargazing calendar will help you plan your nights to make the best of the biggest celestial events of 2018. To make the most of your time we recommend that you read our Meteor shower guide, which is filled to the brim with viewing tips and background information about shooting stars.

Subscribe to our astronomy alerts to receive alerts on our favorite astronomical events of the year in the Hawaiian skies:

Stargazing highlights for Hawaii in 2018 are hands down the total lunar eclipse on January 31st, and the Perseids (August) and and Geminids (December) meteor showers. Unfortunately, an almost full moon will make the Quadrantids difficult to observe.

This meteor shower is expected to peak at January 3rd at around 12:00 (noon) HST (Hawaiian Standard Time). This is unfortunately close to the full moon on January 2nd, and makes 2018 a poor year to try to see shooting stars belonging to the Quadrantids.

The light from the (almost) full moon will wash out all but the brightest shooting stars.

2018 starts truly stellar for stargazers with a total lunar eclipse to close the month of January. If you want to know the ‘how and why’ of lunar eclipses we recommend you read our lunar eclipse 101 guide.

This eclipse starts on January 31st just after midnight at 12:51 am and reaches maximum eclipse at 03:29 am. The total eclipse is visible for 1 hour and 16 minutes between 02:51 am and 04:07 am. These times are for Hilo, if you are watching from other locations the times may be off a few minutes.

Fun fact 1: this lunar eclipse happens during a blue moon, which means that it is the second full moon in a calendar month. A blue moon is pretty rare and happens once every two or three years. This is also the origin of the saying ‘once in a blue moon’.

Fun fact 2: The full moon during eclipse is also near its closest approach to our planet making it appear ~7% larger than an average full moon.

Simulation of the 2018 lunar eclipse 5 minutes after the maximum as seen from Hilo, Hawaii. Image credit: timeanddate

More details on this lunar eclipse can be found here. The next total lunar eclipse visible from Hawaii will be on January 20th 2019.

2018 is a good year to watch the Lyrids. The Lyrids are not the most active meteor shower. With a peak activity of ~18 /hour the expected amount of visible shooting stars is about 5 times lower than that of for example the more active Perseids.

The best time to watch the Lyrids from Hawaii is April 22nd between 1 and 5 am. Skymap showing the Hilo nightsky at April 22nd 2018 made using the free planetarium software Stellarium

2018 is not a good year to catch shooting stars belonging to the η-Aquariids meteor shower. The moon rises before midnight and the waning gibbous moon makes sure the night is moonlit.

If you want to give this shower a try your best bet is to use the hours between sunset (05:48 am HST) and moonrise (just after midnight) on the 6th of May.

Hawai’i is the only tropical state in the USA. This comes with certain perks such as tropical weather and the two times each year when you don’t cast any shadow!

Lahaina noon is a recent (1990) term introduced to give a name to the time of day on which the sun is directly overhead. The term “Lā haina” means “cruel sun” in the Hawaiian language. Lahaina noon is known on the rest of the planet as being at the ‘sub-solar point’, i.e. that point where the sun is standing directly above you and thus you don’t cast any shadow. This is elegantly explained in the following video by vsause (skip to 3:17):

But don’t worry, the sun isn’t that cruel on Hawaii! Unless you are on the hot lava plains without enough water to drink, that is. Better yet, Lahaina moon is a very cool photo opportunity and a time to stop and think about how exactly our earth revolves around the sun. Because of this, Lahaina noon occurs on slightly different times for different places.

On the Big Island, the 2018 Lahaina noon will happen at the following times for these cities:

Happy Summer Solstice, today is the first day of astronomical summer! The summer solstice in 2018 takes place in Hawaii at June 21st just after midnight at 12:07 am HST.

Midsummer night is the shortest night of the year, and you could try to make your midsummer night a special one. What better excuse is there for a celebration? Many cultures have festivities linked to the summer solstice, so what about organizing your own midsummer night party or pau hana’s?

Lahaina noon is the moment when the sun is standing directly above you. This means that the only shadow you cast is directly below you, and that tall vertical objects. such as for example phone poles and beer bottles, won’t cast a shadow at all!

You can read a more elaborate explanation about the Lahaina noon at the may listing of this event(1/2).

On the Big Island, the 2018 Lahaina noon will happen at the following times for these cities:

If you’d like to look up the Lahaina noon for any other place the easiest way to do so is to look up the time and date of solar noon on which the altitude of the sun is exactly 90 degrees. You can do this for example on the timeanddate website. Alternatively you can go to this website to see the point on out planet where Lahaina moon is happening right now.

The Perseids have a broad peak which on Hawaii will be between ~10 am and 10 pm on August 12th. However, you should also be able to see shooting stars belonging to the Perseids meteor shower a few nights before and after the 12th.

The new Moon on August 11 provides optimal conditions for seeing of the Perseids. The nights will be almost completely dark and the moon rises together with the sun.

The best time to watch the Perseids from Hawaii is August 12 and 13 in the early morning. Skymap showing the Hilo nightsky at August 12th 2018 at 01:30 am made using the free planetarium software Stellarium

If you live on another Hawaiian island you can use the following table to see what are the best times for stargazing the nights between August 10th and August 14th, 2018 To convert these times to your location on Hawaii you should add some minutes depending on how far west you are. For example, 4 minutes for Kona, 7 minutes for Kahului on Maui, and 13 minutes for Honolulu on O’ahu.

Note that it takes about 1 hour after sunset to become completely dark. Similarly, the moon will illuminate the sky a bit even before it rises over the horizon. With this in mind you see that the window you have to see shooting stars is small, but longest the days after the peak of the Perseids.

2018 is not a good year to look for shooting stars belonging to the Orionids meteor shower.

October’s waxing gibbous Moon sets just before the sun rises and viewing conditions will be far from optimal. You can read more about the Orionids in our 2012 blog post on the meteor shower.

How to best see shooting stars from the Orionids meteor shower

Shooting stars from the Orionids meteor shower are easy to find: just find the Orion constellation, look in its general direction, and relax your gaze.

To find the Orion constellation you should look for the three bright stars in a line that make up the belt of Orion. These stars rise over the Eastern horizon just after sunset and will keep rising towards the east-south-east until they are almost overhead at dawn [how-to guide].

You can read more viewing tips in our meteor shower guide.

The Leonids are not a very bright meteor shower, with an expected hourly rate of ~15 during the maximum. The peak of this shower from Hawaii will be November 17th just after noon (12:30 pm).

The moon sets 1.5 hours after midnight in the early hours of November 17, making the hours between 03:30 and 05:30 a good time to try and see Leonids shooting stars. It might be worth it to get up very early this morning to try to get lucky and see some Leonids!

The best time to watch the Leonids from Hawaii is November 17 between 03:30 and 05:30. Skymap showing the Hilo nightsky at November 17th 2018 at 04:30 am made using the free planetarium software Stellarium

The Geminids are one of the three yearly “big” meteor showers with peak rates (again, under perfect viewing conditions) of over 100 / hour. For 2018 this meteor shower will most likely steal the show together with the Perseids!

The Geminids will peak just after midnight at 00:30 am HST on December 14th. The moon sets just an hour before making the early morning of the 14th, between ~12:30 am and 05:30 am the best time to watch this meteor shower.

The best time to watch the Geminids from Hawaii is December 14 between ~ midnight and sunrise. Skymap showing the Hilo nightsky at December 14th 2018 at 01:30 am made using the free planetarium software Stellarium

Luckily for us the Geminids peak activity is spread over at least a few days. If you can’t make it on the early morning of December 14th December you can also try to see some shooting stars a few nights before and after. Make sure to time your stargazing between ~ 1 hour after moonset and ~1 hour before sunrise. We list to sunrise and moonset times for those nights in a table below:

Compared to most other showers the Geminids have a radiant that is very high up in the sky: almost straight overhead. The meteors belonging to this shower are often bright and leave trails that can be visible for a few seconds.

This year on Hawaii, the winter solstice will take place on December 21st just after noon (at 12:23 pm HST).

The winter solstice represents the shortest day and thus the longest night on the Northern hemisphere. A solstice is an event that occurs twice each year as the Sun reaches its highest or lowest excursion relative to the celestial equator on the celestial sphere. You can read a more palatable explanation of exactly what a solstice is here.

Resources used for the 2018 stargazing calendar

All dates were selected from the International Meteor Organization Shower Calendar for 2018 (PDF). Moon rise and moon set times were retrieved from the timeanddate lunar calendar.